This week the mayor of Espera, Pedro Romero, and the councillor for Democratic Memory, José María Sánchez, presented a project called ‘Adoquines de la Memoria’ to the provincial government’s head of Democratic Development, Lucía Trujillo. The initiative is to pay tribute to the 69 people who were killed by the rebels against the Republic, by placing commemorative paving stones outside the entrances to the properties in which they lived; each of the stones will contain a short piece of information, and this will make up a route commemorating historical memory in Espera.
Lucía Trujillo has confirmed that the provincial government, the Diputación de Cádiz, will collaborate with the project and will be providing a grant of 2,500 euros this year. This will enable the council to put about 20 plaques in place in the initial phase of the project. The local authority says it is grateful for this contribution, as it will be able to continue with its policy of trying to carry out some activity related to historical memory every year, including research and conferences. In 2004 a plaque was created in Espera with the names of 45 local victims but since then, as a result of research, other names have come to light so the total at present is 69.
Lucía Trujillo says that within the limit of its budget, the Diputación will support initiatives by town halls and memorialist associations “which help to rescue all those who suffered repression from being forgotten”. 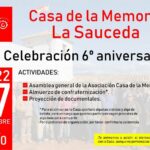 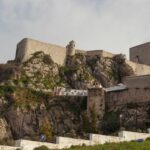