Presentation of the book ‘Red Ship and Red Tape’ in Gibraltar

The Forum for Memory of the Campo de Gibraltar and Casa de la Memoria La Sauceda held the book launch for ‘Red Ship and Red Tape – the José Luis Díez and Gibraltar’, at the John Mackintosh Hall in Gibraltar on Friday 17 December.
The book, which has been published in English, has been written by Gibraltarian author Francis Silva, historians Dr Gareth Stockey and Luis Miguel Cerdera Jiménez and journalist Debbie Eade, with an introduction by historian Dr Chris Grocott. It features the José Luis Díez, a Republican ship which was disguised as a British destroyer to try to get through the Strait during the Spanish Civil War; she was attacked and holed by ships loyal to Franco, and took refuge in Gibraltar. This caused a massive dilemma for the Gibraltarian and UK authorities, because Britain was party to the non-intervention agreement. Red Ship and Red Tape looks at the ship’s missions earlier in the Civil War, the attempts to sabotage her, and the political and diplomatic wrangling between the Gibraltar, UK and Spain about what should be done with her.
It also focuses on the very human side of the story: the captains and crews, the dockyard workers who decided to repair the ship in secret and unpaid, and those people in Gibraltar who took the crew into their hearts, for example by collecting funds for a new battle flag for the ship, which was designed and sewed by the grandfather and grandmother of the current Chief Minister of Gibraltar, Fabian Picardo. That flag, which is kept at the Gibraltar National Museum, was also on display at the book launch, together with a plaque which was commissioned by the ship’s crew to thank the people of Gibraltar for their support.
We were delighted to welcome the Chief Minister to the book launch, and also Xavier and Luis Castro, the son’s of the ship’s captain, who came from France especially for the occasion.
The book is available from the Gibraltar Heritage Trust and the Casa de la Memoria La Sauceda in Jimena de la Frontera. It will also be published in Spanish in 2022. 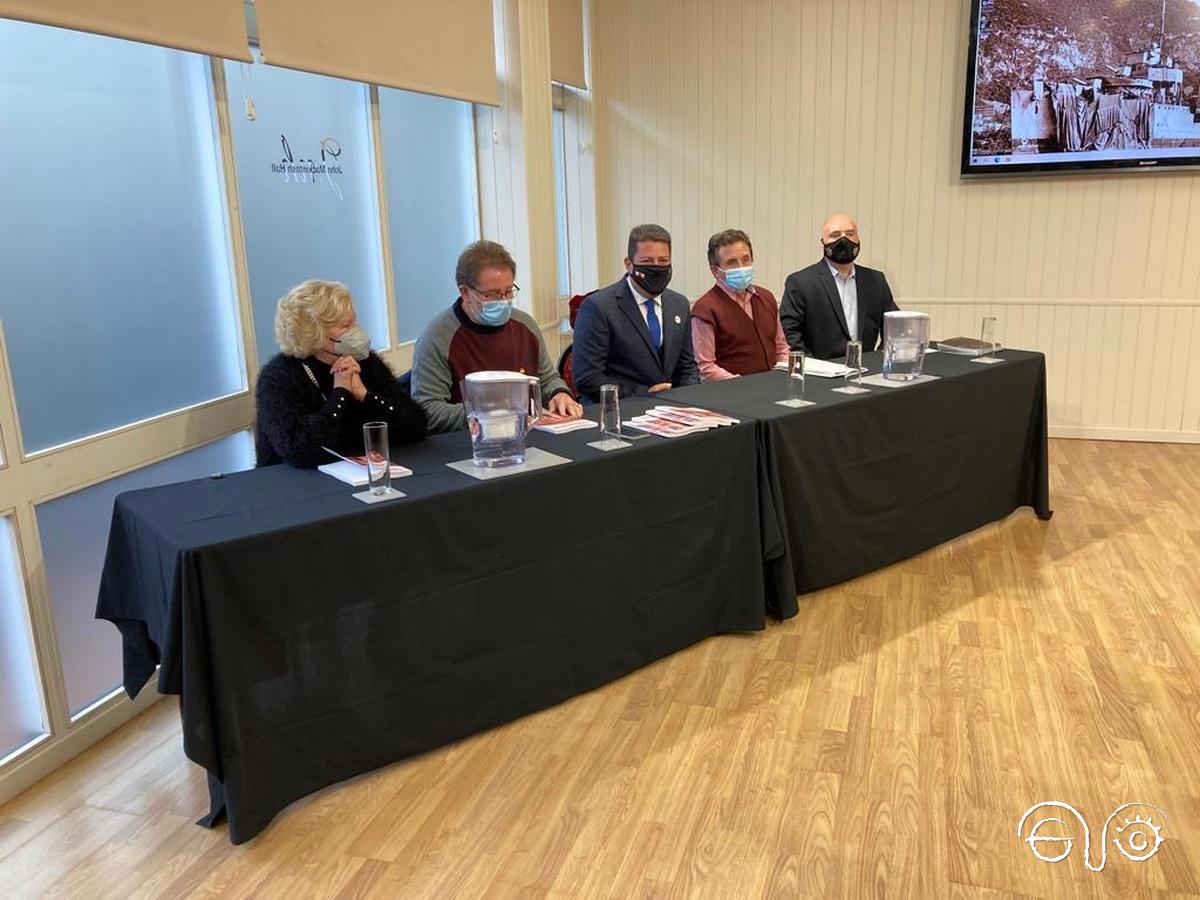 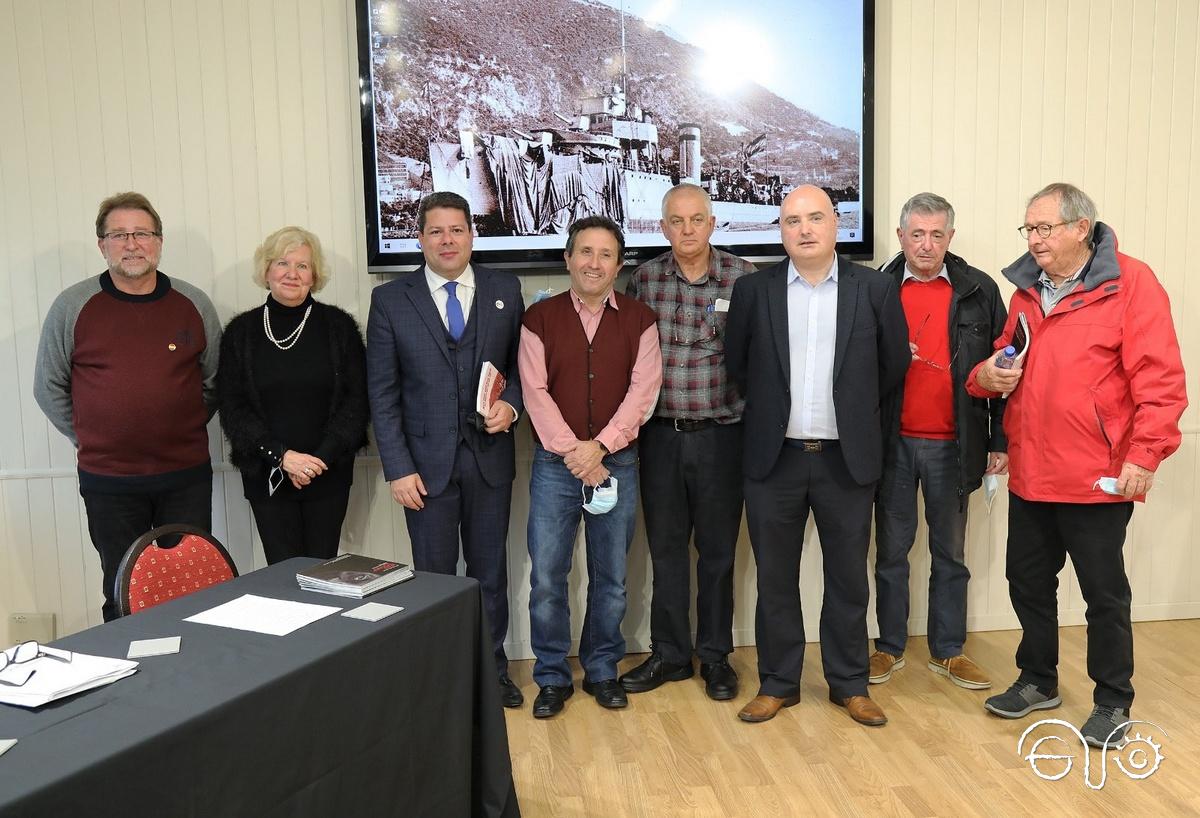 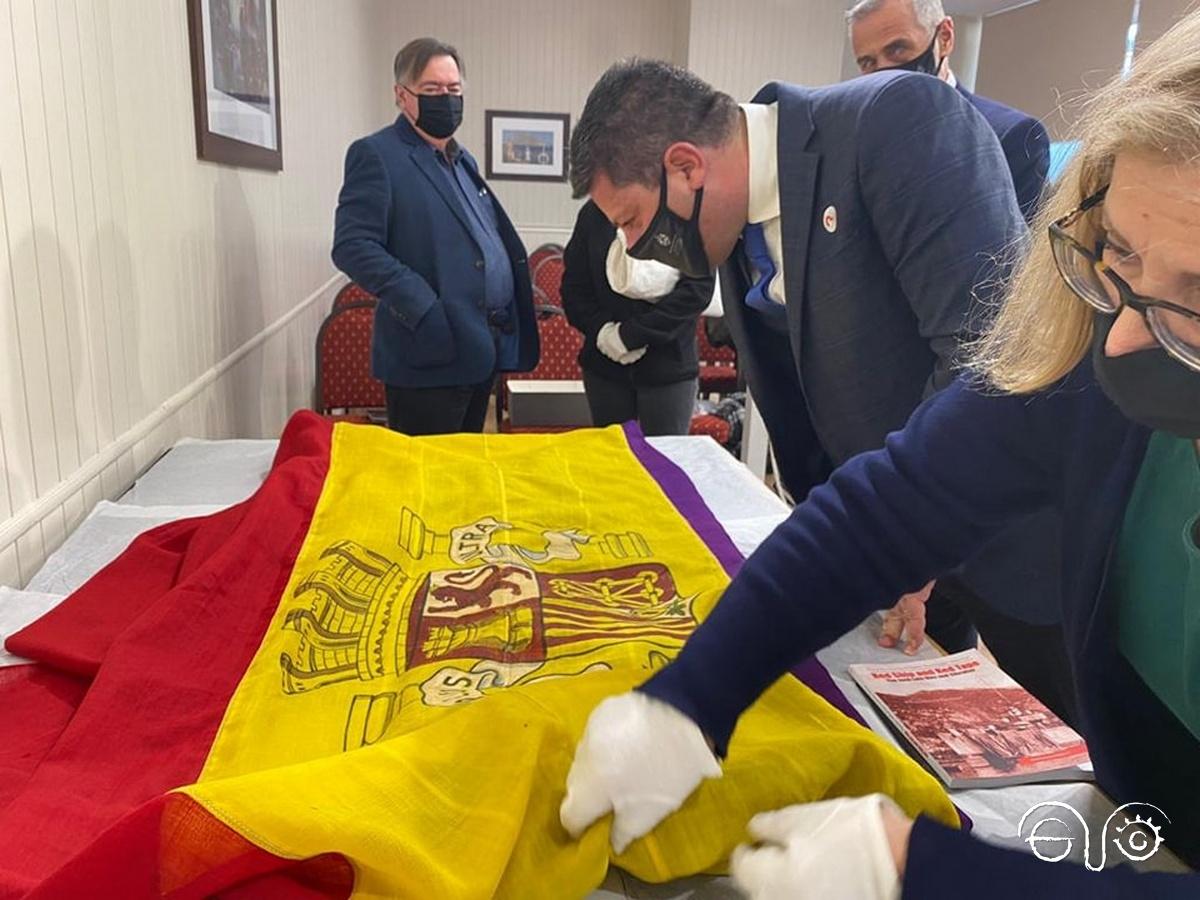 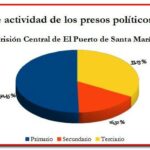 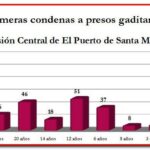