18th July marked the 85th anniversary of the start of the Spanish Civil War in the Campo de Gibraltar area, when Franco brought troops by air and sea from Morocco and immediately began to instil terror into the area to prevent any attempts at resistance. People on social media shared some of their families’ experiences of that time, including some from Gibraltar who told how their relatives who had been at the fair in La Línea hid among corpses until the troops had moved away and they were able to escape back home; how the Moroccan mercenaries used innocent people as human shields and how people fled into the countryside and lived in caves for months, fearing for their lives. And of course, the people of Gibraltar rescued and took in thousands of Spanish refugees, despite opposition from the authorities.
In Madrid, as they do every year, historical memory associations and relatives of victims of Franco gathered to condemn the coup on 18 July 1936 which marked the beginning of three years of war and nearly 40 of repression in Spain. This year, instead of gathering in the Puerta del Sol as usual, the protest took place outside Congress to demand an end to the impunity enjoyed by Francoism. 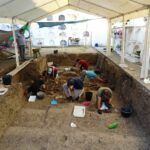 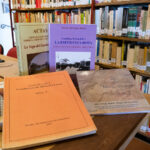