The Casa de la Memoria pays tribute to Blas Infante, García Caparrós and the 60,000 victims of Francoism in Andalucía

“I want to thank you for inviting me to be here with you,” said Estanislao Naranjo Infante on Friday evening at the Casa de la Memoria La Sauceda in Jimena de la Frontera, at the event to remember the 60,000 victims of Francoism in Andalucía. It was organised by the Forum for the Memory of the Campo de Gibraltar, to mark the Casa de la Memoria’s fifth anniversary.
Estanislao, who is the grandson of Blas Infante, continued: “They killed my grandfather, but he is just one of the thousands of Andalusians whose lives were taken by the Francoists. Many of you in this room have relatives who were murdered or who suffered repression under Franco and my grandfather is another of those thousands of victims in Andalucía. It is they who we have to remember, and obtain justice for them”.
He then explained that his mother, Alegría, was Blas Infante’s youngest daughter. She was only ten months old when her mother was widowed, and the oldest of the four children, Luisa, (the other two were María de los Ángeles and Luis Blas) was eight. “Despite everything, my grandmother had means and our family didn’t go hungry. It was an awful lot worse for a great many Andalusian families,” he said.
The grandson of the founder of Andalusianism recalled the cruelty of the military governor of Seville and supporter of the coup, Pedro Parias; he was the uncle of Blas Infante’s wife, Angustías García Parias, and he refused to save her husband’s life. “She went to see her uncle and pleaded for clemency for her husband, but he said no,” said Estanislao. He also explained that as Blas Infante was dedicated to defending day labourers and workers, he was an outcast, a traitor to the wealthy class of which his wife’s family formed part. The resentment against Infante for having become an outcast, combined with his bad relationship with his wife’s family, resulted in him becoming another victim of the extermination which was planned and carried out by the rebels against those they considered enemies. “We also have to remember that he was a republican, an Andalusian nationalist and a freemason,” his grandson said.
Dolores García Caparrós, the sister of Manuel José, the 18-year-old killed in Málaga in 1977 at the demonstration for Andalusian autonomy, expressed her gratitude that her brother was remembered everywhere in Andalucía, and the affection people still have for him. Accompanied by Francisca and Purificación, Dolores said that their brother had been killed by an armed police officer on 4 December 1977 and that, 44 years later, that crime remains unpunished. She added that she was still confident that the day will come when they will know who killed him and that justice will be done, and she expressed her solidarity with all the families whose mothers, fathers or grandparents had been killed and encouraged them to continue fighting for their memory, for the truth and for justice.
Tribute was also paid to José María Ayala Bedoya, a member of the Forum for the Memory of the Campo de Gibraltar who died in January. His friend and colleague in the Forum, Felipe López Agüera, recalled his youthful years of militancy in the CNT, and his dedication to the historical memory movement in La Línea and at the Casa de la Memoria La Sauceda. Agüera presented Ayala’s widow, Rosa Comesaña, with a gift to commemorate the occasion. Her sons Óscar and Rodrigo and other relatives and friends of José María were also there and received condolences from many of those present.
Andrés Rebolledo, the president of the Forum, said that the historical memory movement has advanced a great deal more in the past few years than it had in the whole time since the end of the dictatorship and the transition, and that this is thanks to the dedication of the victims’ families and the collaboration of many others. On this fifth anniversary of the Casa de la Memoria, he expressed his thanks to everyone, including some who are no longer with us, for the work they have done and everything they have contributed to make this historical memory centre a powerful reality which is recognised throughout Andalucía.
Everybody who attended this event wore anti-Covid face masks, and some people stayed in the adjoining library to avoid overcrowding the room. Those present had come from the Campo de Gibraltar, Gibraltar and Cádiz, including the mayor of Castellar de la Frontera, Adrián Vaca.
The tribute to Ayala was accompanied by an audiovisual presentation in his memory, and those for Blas Infante and García Caparros included a screening of parts of documentaries about their lives. The relatives were also given some ‘piñonate’, the cake for which Jimena is famous, as a gift. 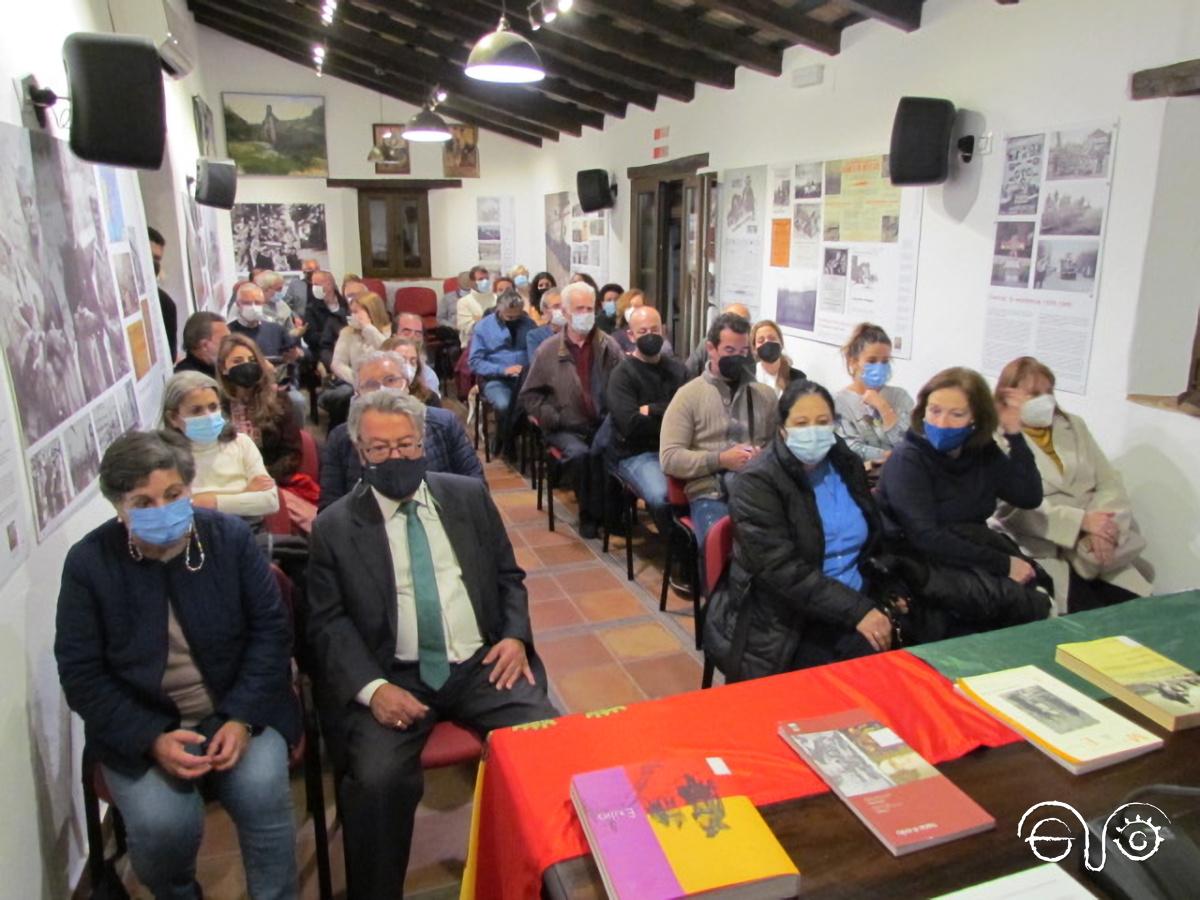 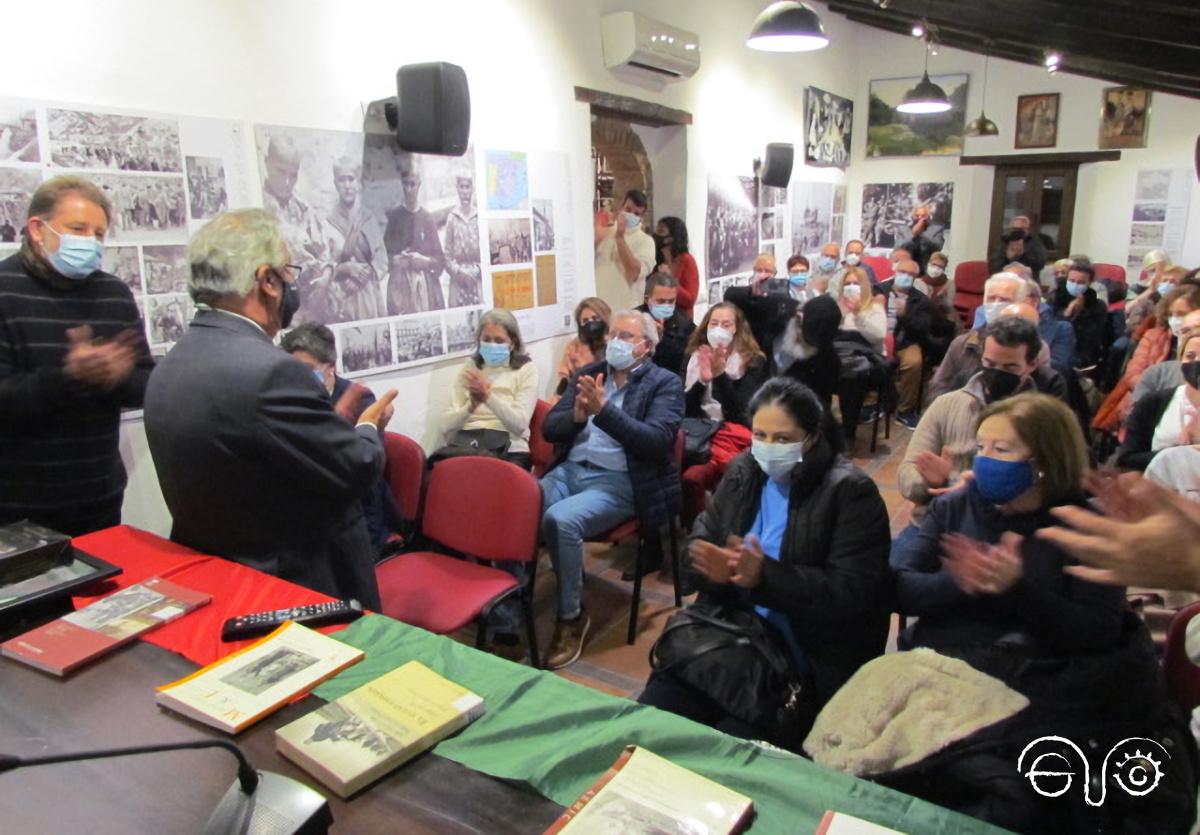 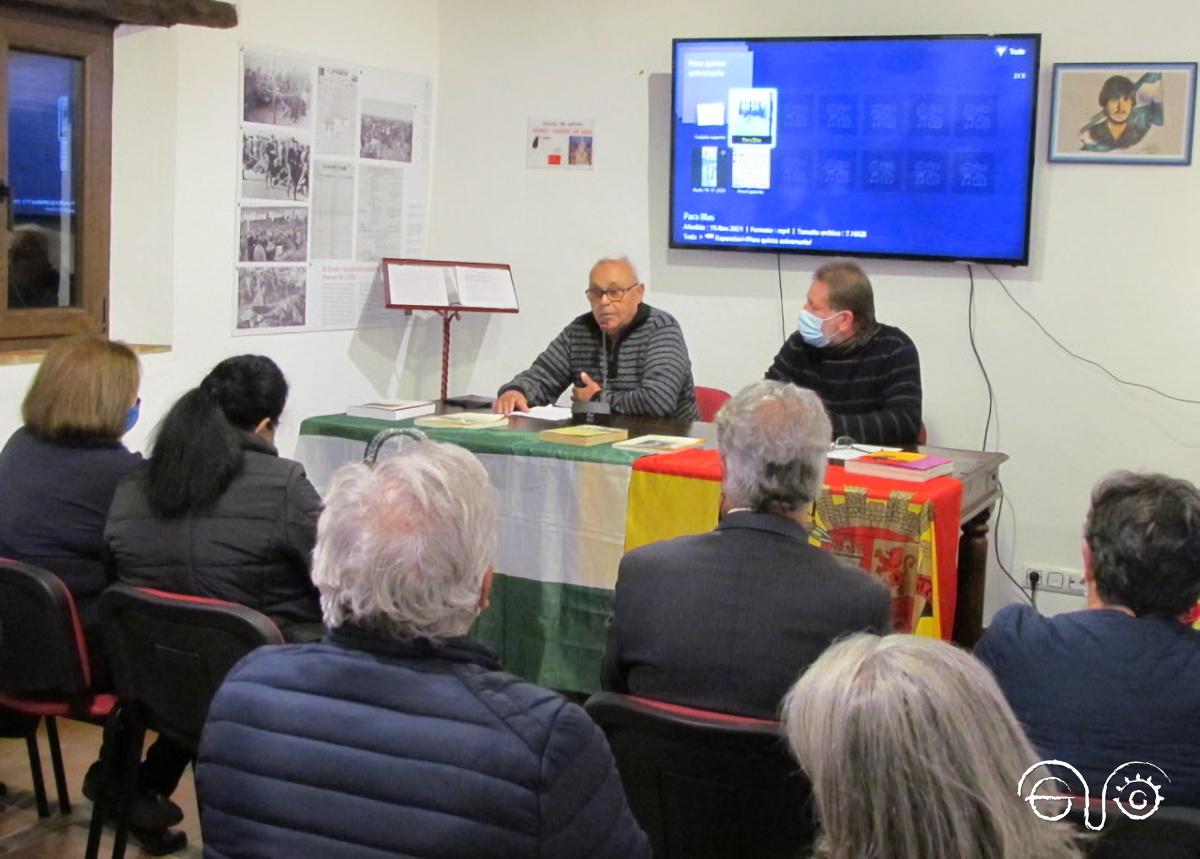 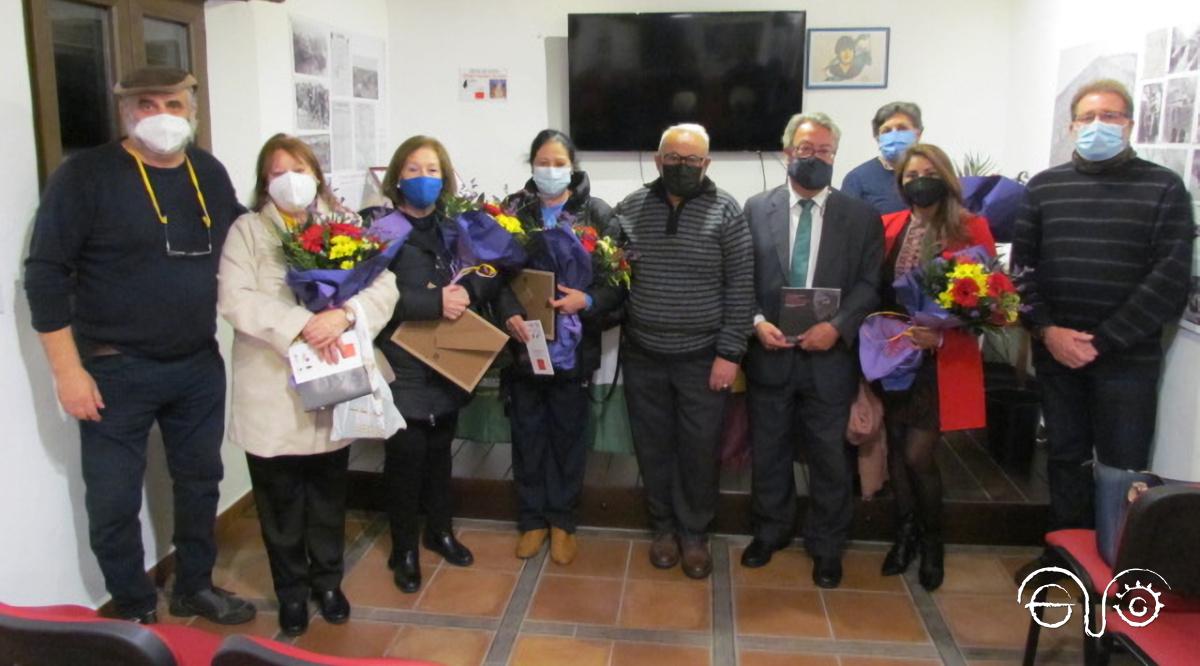 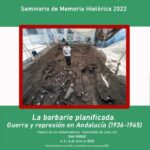 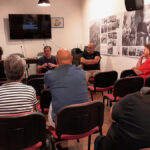