Sadness and gladness in an important week in Spain

Reflections From My Desk, by Debbie Eade

There were two important dates for the Historical Memory movement in Spain last week. The first was Sunday 18 July, which marked 85 years since the Civil War began, when Franco brought troops by air and sea to the Campo de Gibraltar area from Morocco and immediately began to instil terror to prevent any attempt at resistance.
This is a date which passes quietly down here. The silence is very loud, every year, but the words are not spoken – at least outside people’s homes, but rarely within them either, it seems. Eighty-five years may seem a lifetime for most of us, but for those for whom a date marks death and disappearance, it is no time at all. Only their pain lives on.
Some Gibraltarians were inadvertently caught up in the bloody events of that 18 July 1936, because they were at the fair in La Línea when the troops arrived. They gave hair-raising reports of hiding among corpses until the Moroccan mercenaries had moved on and they were able to run home, of innocent people being used as human shields as the troops marched on, of families fleeing for their lives into the hills…
And, of course, the humanity of people in Gibraltar should not be forgotten. They took in and saved the lives of thousands of refugees from the area of Spain just across the border, despite the personal difficulties involved and opposition from the British and Gibraltarian authorities whose sympathies, unofficially, tended to be for Franco.
The other important date last week was Tuesday 20 July, when the Spanish government’s new Democratic Memory bill was approved. Although for some in the Historical Memory movement it doesn’t go far enough, it does go further than ever before, so this was a cause for…well, it would be wrong to use the word ‘celebration’. Every time there is positive news in the fight for truth, justice and reparation for victims of Franco repression, it is accompanied by the heartrending sadness that this situation exists at all. With the excitement of “Yay! They have found five more bodies in a mass grave in Jimena”, for example, comes the sickening reminder that those people should never have been there. They should have been able to continue with their innocent lives, not murdered and thrown in a pit. They weren’t fighting a war.
Before the first phase of exhumation works began in Jimena, the Forum for the Historical Memory of the Campo de Gibraltar and the AFRESAMA association of relatives of victims of Franco repression took DNA samples and collated information from local people who knew their family members had been buried at the cemetery in the castle after being killed. With their permission, their witness reports have now been published in the form of a book called Testimonios and at its launch, author Juan León Moriche expressed his thanks to them, explaining that for many this had been the first time they had ever spoken about what had happened to their relatives outside their own families.
Their reports are shocking but necessary reading, to ensure that this tragic period of history is not forgotten and never repeated. The stories of these victims are now just beginning to come to light, and we hope that they too can be brought into the light and given a peaceful resting place, so that the families can start to have some closure and Spain can, as prime minister Pedro Sánchez said about the Democratic Memory bill last week, “settle its historic debt with the past, and be a better country”. 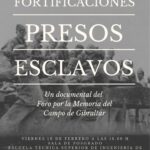