Skip to content
Está viendo: Casa de la Memoria La Sauceda > Blog > La Casa in English > News and Information > Francisco Hidalgo is the new president of the Forum for the Memory of the Campo de Gibraltar

The Forum for the Memory of the Campo de Gibraltar has recently elected its new management board and agreed its plans for the near future.
Francisco Hidalgo, a history teacher at the Sierra Luna school in Los Barrios, was unanimously elected the new president of the Forum, replacing Andrés Rebolledo, who decided to step down for personal reasons but will be continuing on the board as treasurer. Other board members are Andrés del Río, vice-president; Arturo Ruiz, secretary; Juan Moriche, head of communication; and also Nieves García, Francisca Rodríguez, Juan Manuel Pizarro, Asunción Gálvez, Felipe López, Pascual Collado and Michael Netto.
The aims of the Forum are to defend freedom, democracy and republican values and to fight for truth, justice and reparation for victims of fascism. The members agreed to continue along the same lines of work as before, collaborating with and providing even more assistance for relatives of people who disappeared and suffered repression under Franco; to continue to promote exhumations of victims who were shot and thrown into mass graves, wherever these are possible; and to maintain the political plurality and independence of the organization as drivers for the work carried out by its members.
Outgoing president Andrés Rebolledo paid tribute to the achievements of the memorialist movement all over Andalucía in recent years, and thanked all his colleagues on the Forum for their constant efforts. He offered the new president, Francisco Hidalgo, any help he needs.
The Forum for the Memory of the Campo de Gibraltar also has representatives on the management board of the Casa de la Memoria Association. 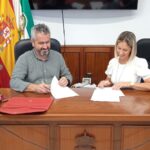 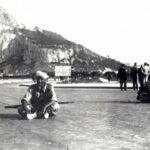